Hoylake teams participate in many local leagues and knock-out competitions. The Wirral Mixed summer tennis league, played on Tuesday evenings, is the principal competition for the club where our four teams are in the top four divisions. Our men compete in the first division of the Wirral Men’s Summer League.

In the Wirral Winter Leagues, we field four teams (open to ladies & gentlemen), and three ladies teams, all playing on Sunday mornings.

Three teams from our club compete in the Chester and District leagues throughout the summer months. Our men’s team is in division 1, the mixed team in their second division, and our ladies play in the third division.

For those unable, unwilling or not sure about playing competitively, we have a mixed doubles team who play friendly matches against other Wirral clubs on Thursday evenings throughout the summer months.

Our main club competition is held during June each year with finals held on the middle Saturday of Wimbledon. The events are Ladies and Gents Singles, Ladies and Gents Doubles and Mixed Doubles.

The annual handicap tournament is staged on one day in the spring, usually towards the end of April. The day comprises three events – Ladies, Gentlemen’s and Mixed Doubles.

In September we stage a Veterans Tournament, again completed on one day. This event has the three doubles competitions and is open to ladies aged 35 and over and gentlemen 40 and over.

If you are interesting in playing for any of these teams, contact either the Club Captain or the Coach, Craig Longman. 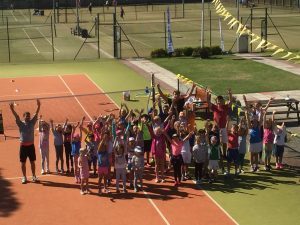